The Rise of Green Burials 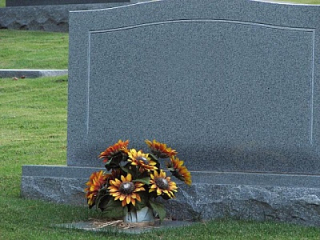 Funerals in the U.S. used to be fairly uniform affairs. What happened to people's remains after they passed away, did not vary much between regions or religious persuasions. Most were embalmed and placed in an ornate coffin that was lowered into the ground or put in a mausoleum. The other option was cremation.

Today, however, people are beginning to rethink the process. This is in part because funerals have become very expensive.  Another reason is that many people just want to do something different.

That something different is to have their remains handled in an “environmentally friendly” way, as The New York Times reports in "Thinking About Having a 'Green' Funeral? Here's What to Know."

A green funeral can mean several different things. It is an umbrella term that covers several different practices available. Some people choose not to have their body embalmed, so the chemicals will not seep into the ground. Green funerals also often allow people to be buried in plain wooden boxes that will eventually biodegrade. Other people choose not to have a coffin at all, but instead decide to be buried in a simple cloth shroud.

The key thing to keep in mind is to make plans now, for what will happen to you after you pass away. The options are available for a green funeral or a more traditional one. 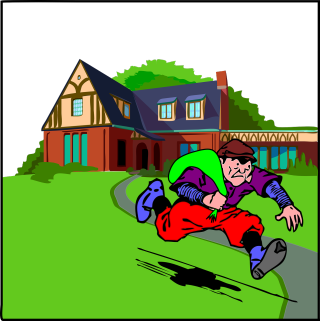 A thief in Arizona stole a package that contained the cremated remains of an Arizona woman's father rather than a Christmas present, according to Fox News in "Ashes of woman's father stolen from front porch of Arizona home, reward offered." The package was left there by a postal worker, even though a signature was required.

The postal service is investigating the incident and has offered a $10,000 reward for information. The woman would just like the ashes back, so she can take them to her brother in California.

If this unusual story has any sort of lesson, it might be that it is not a good idea to ship a loved one's ashes during the holiday season.

Burial for the Indigent 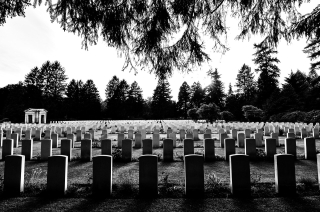 Every year, thousands of people with very little money pass away.  Sometimes, it is not even known who these deceased people were in life.

While this might seem like a minor issue and something that has always been the case, it creates an increasing burden on local governments.  They must determine what to do with the bodies of deceased people, who either cannot be identified or whose families do not have the money to afford burial or cremation.

It is not a minor expense,  since the costs of disposing of a deceased body continue to rise.

One county in Florida had such a significant problem that they purchased a cemetery, as the Tallahassee Democrat reports in "A priceless burden: Indigent burials at Leon County's 'pauper's cemetery'."

The cemetery previously belonged to a hospital, but the county purchased it to dispose of the remains of the indigent as cheaply as possible. Graves are marked with the most basic of markers and no actual funeral services are allowed at the cemetery.

The deceased are buried as quickly and with as little fuss as possible.

This is an issue that could get worse before it gets better.

Elderly people are living longer and in greater numbers. That makes it likely that many more elderly will pass away in the future, after they have run out of their own money.

The burden to bury them will be on the government. Elder law advocates may need to address this problem in the near future.

The Petrosewicz Law Firm can assist you with your elder law needs.  Contact us today at (281) 344-9455 or info@petrolaw.biz.